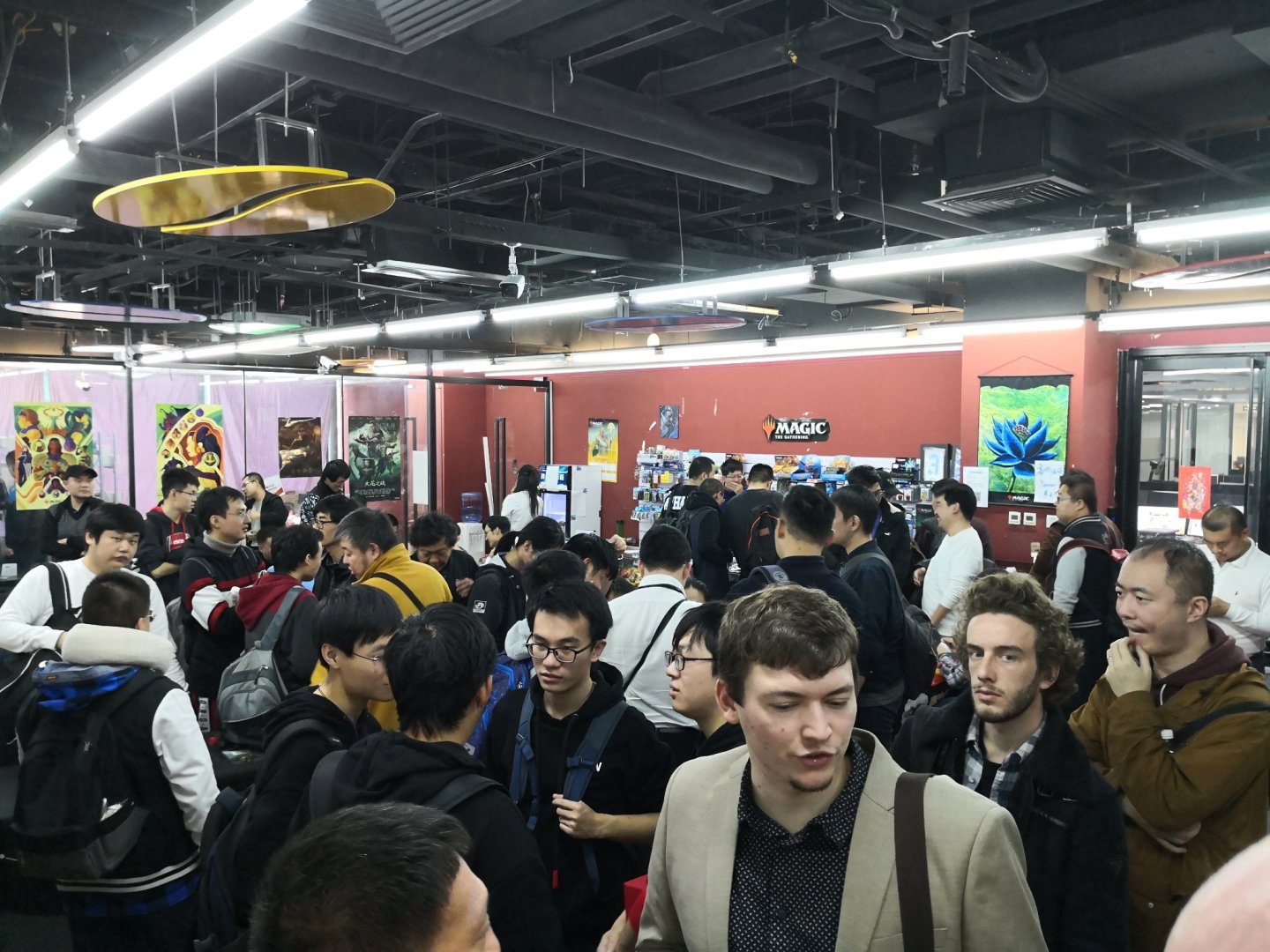 Hey folks. I’m James Hsu, co-founder of CardBoard Live and creator of the Humans of Magic podcast. I grew up in Canada, but for the past 7 years I have been living in Beijing, China. What’s most relevant to this article is that I LOVE the Legacy format. Legacy has been a central theme in both of my books. I also try to get Legacy players on my podcast whenever possible.

First of all, the details of the tournament:

Spike the event & pay for the entire trip. pic.twitter.com/Ey7sgqXOm9

The tournament is bankrolled every year by a very generous benefactor. Haobo Wang foots the entire prize pool for Orlov — in fact he is THE “Orlov” in the tournament’s name. (A Lord of War reference, by the way.)

Haobo is effectively operating the annual tournament at a loss because he feels so strongly and passionately about Legacy as a format. A bunch of us get together to help run the event, and the organizing + coverage team feels like family by now.

In the final weeks leading up to the tournament, we raised the prize pool from $9K to $10K. I also threw in a few bonus prizes for folks who played the best rogue deck, best Modern port, best budget deck, etc. Tried to make it interesting. Even a 17th place consolation prize — only the Top 16 advanced to Day 2.

One of the biggest Legacy tournaments of the year is taking place Nov 2nd in Beijing.

I'm personally putting up prizes to sweeten the pot. Every item in the photos will be given away.

Will also be around to sign copies of my new @humansofmagic book.

For the second straight year, I provided commentary duties. It helps that I can speak Mandarin fluently. But I am really the backup to our most prolific Legacy commentator, Cheng Zhi. Cheng has been absolutely incredible for the Chinese Legacy community, as he regularly dubs Legacy videos with new insights. He’s grown a small grassroots team of dedicated commentators, and he’s also been translating the Humans of Magic podcast transcripts for a Chinese audience.

There are many Chinese players who do not have the privilege of playing in GPs — GPs have not been held in China in 2019, nor will they be in 2020 — and the Orlov tournament has become one of the more prestigious events in the country.

It’s become a regular thing for us to invite foreign players to this Chinese event. We had several notable Legacy players last time. Running it back again with us this year is my good friend and German Legacy master, Julian Knab. 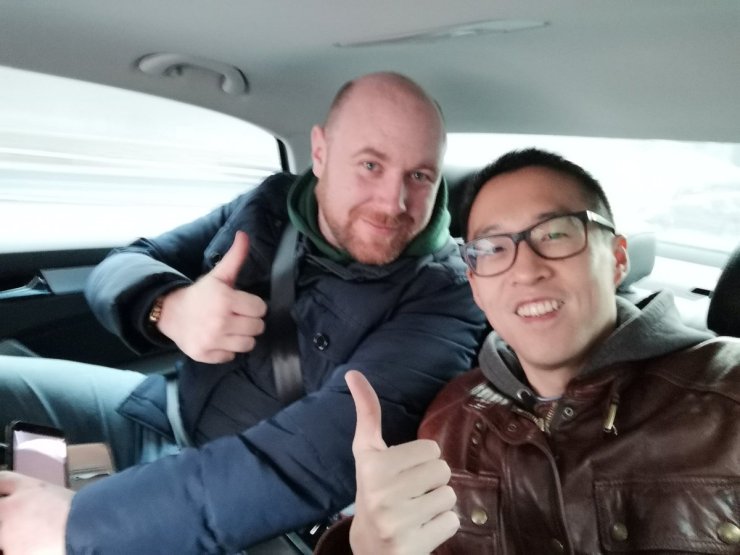 Many of you know Julian as a prolific content creator, host of the Everyday Eternal podcast, and creator of the Legacy Premier League. All of his work can be found via his website. Julian wears many hats; we were super excited to have him here once again.

As the event coincided with GP Nagoya, we had a slightly less-than-expected turnout of players: roughly 100 participants. Nonetheless, the prize pool is guaranteed; this makes Orlov likely the highest EV tournament of 2019, out of any Magic tournament in the world.

We’ll be releasing results, decklists, and video recordings shortly. Julian’s also got an exciting report that hasn’t been written yet, which should be even better than his report from last year. Stay tuned!

In the meantime, here are a LOT of photos for you to enjoy. This should hopefully give you some sense of the festivities that were had. 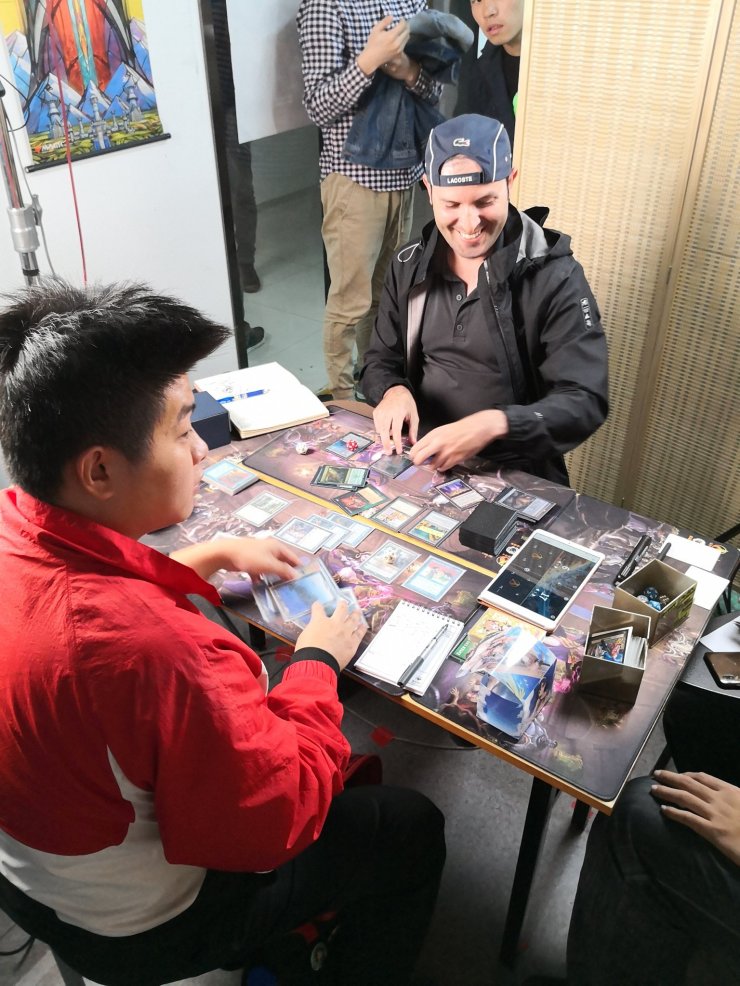 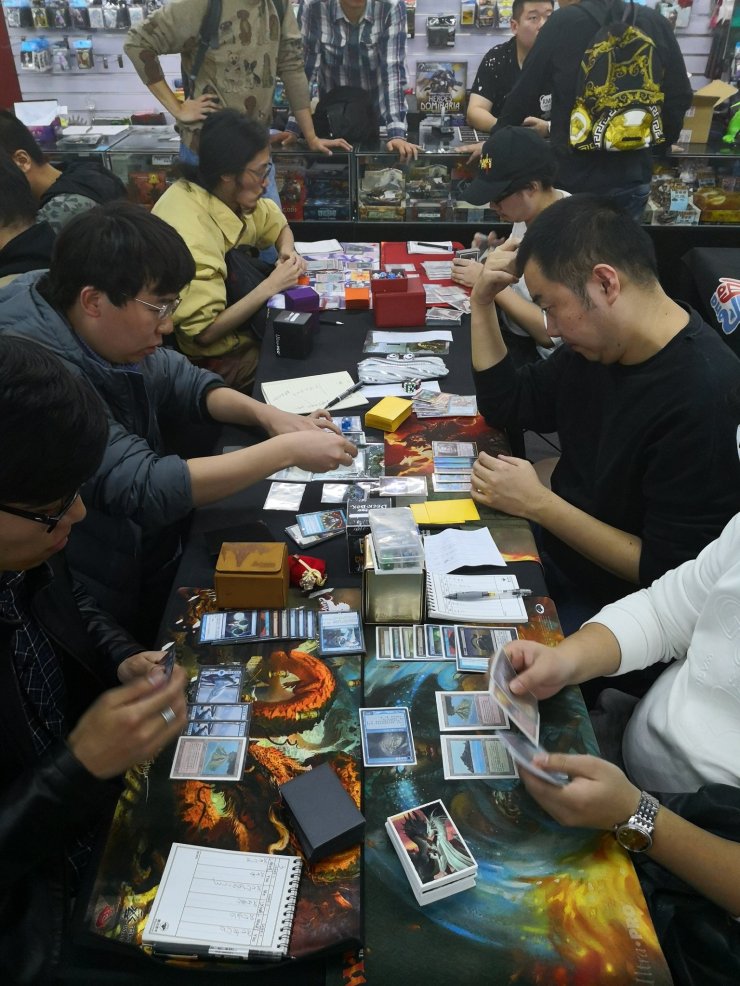 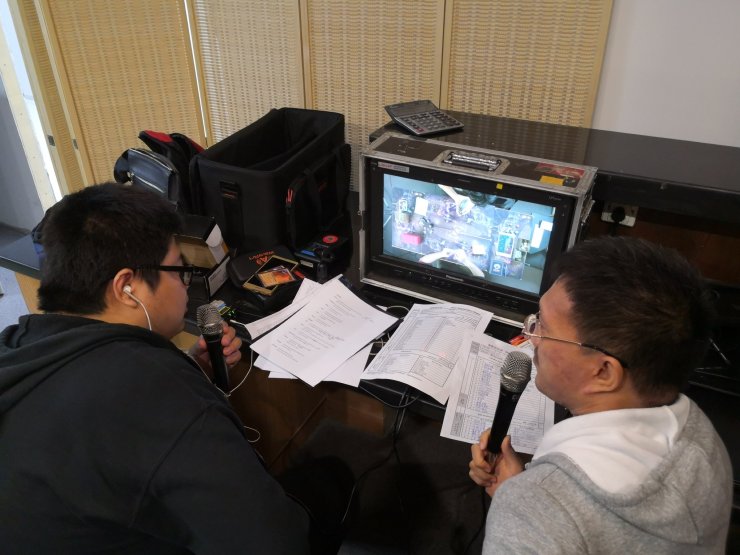 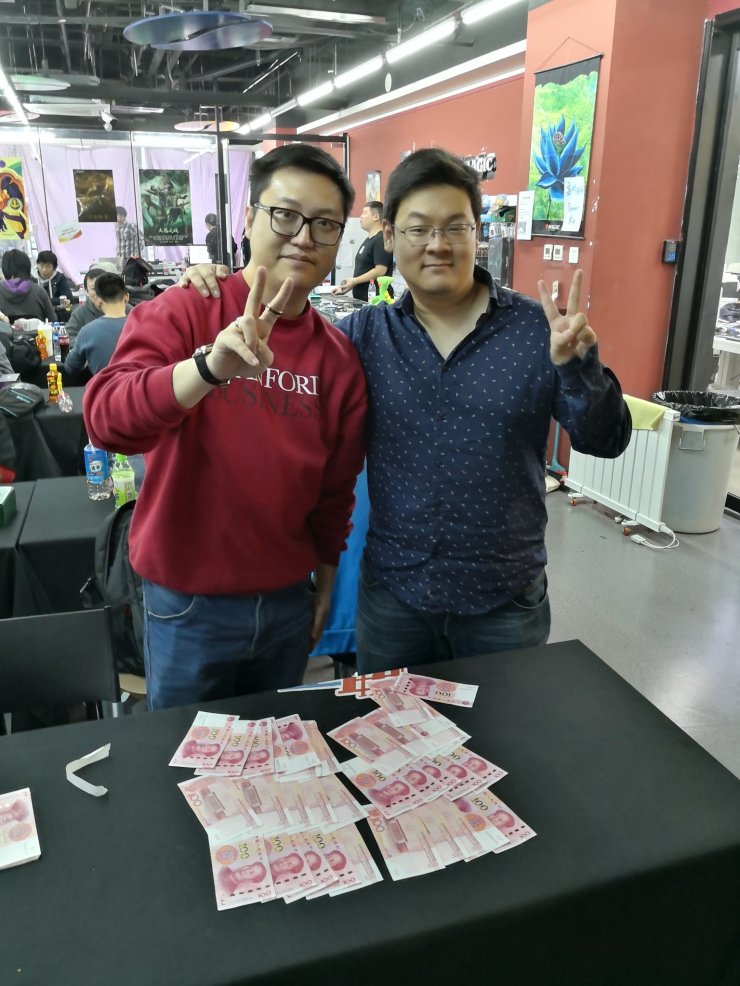 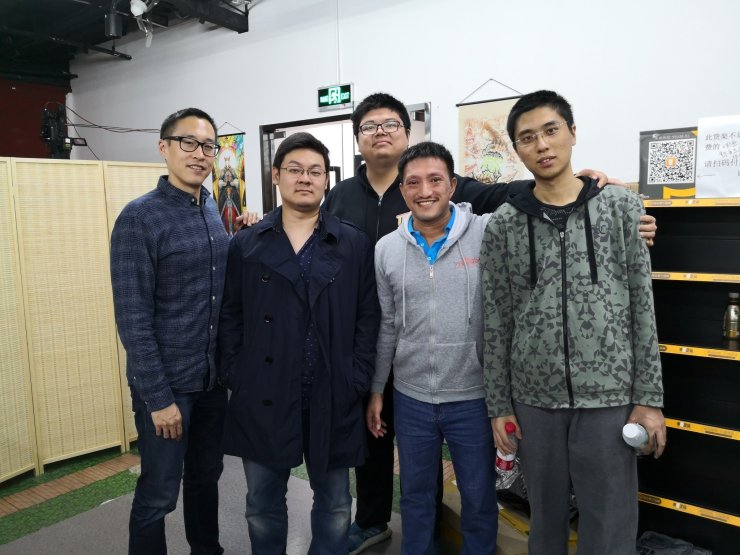 I also took the liberty of holding a small side-event: a signing party for my new Humans of Magic book. Thank you to the supporters who came out in full force — I truly appreciate each and every one of you. 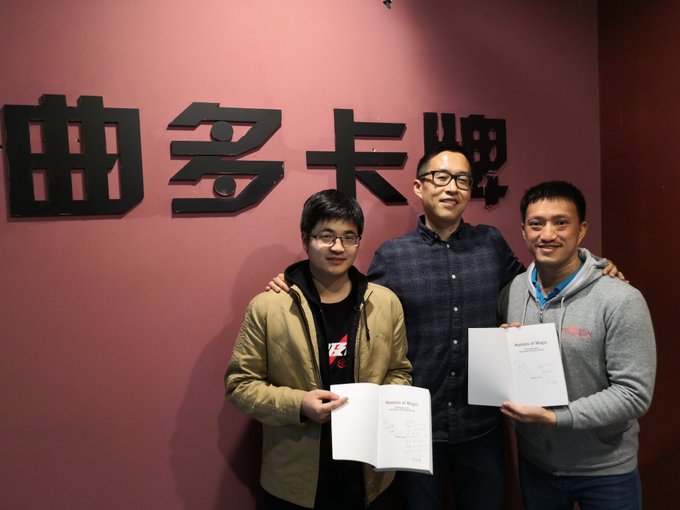 Plenty of food, and drink, was consumed. Beijing does have its share of solid restaurants, after all. 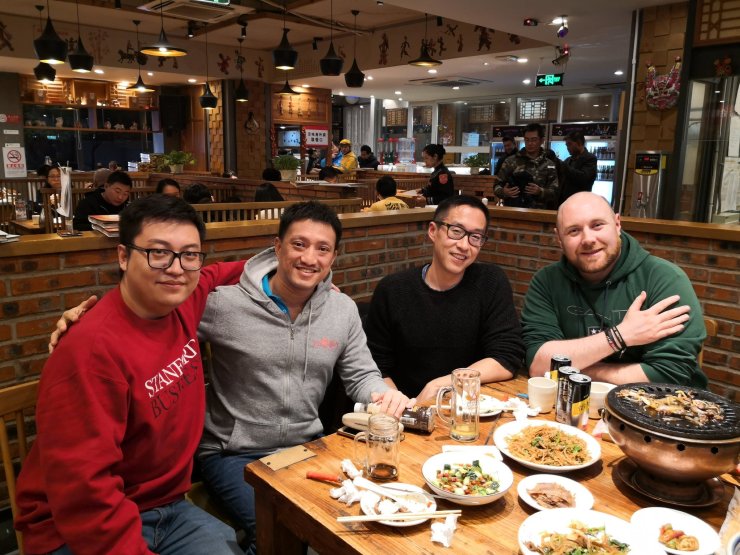 On the second day of the event, I took a small break from commentary to play in the side event. Finished 2nd out of 26 players with Death & Taxes. Got lucky in a few spots — all those games of Limited must have helped!

That’s all she wrote! As stated earlier, we’ll be updating the details of the event soon with all the tournament decklists, information, and more.

For now, I’m just recuperating from a wonderful Magic weekend.